St. Mary’s Orthodox Church, 8 Inman St, Central Square, Cambridge, MA will be hosting a concert of Christmas Carols and hymns from the Eastern and Western Christian traditions on Sunday, December 8 at 4:00pm.  Joining St. Mary’s Parish Choir and the Boston Byzantine Choir will be the Arabic Choir of the Theotokos from St. Mary’s Pawtucket, RI and the St. Romanos the Melodist Byzantine Choir from Hellenic College/Holy Cross Seminary in Brookline, MA. The concert will conclude with a traditional Western Christmas Carol Singalong accompanied by strings from the Boston Civic Symphony.

You’re invited to one of Boston’s biggest homegrown concerts! You may remember Caleb McCoy, Jalen Williams, and Ada Betsabe from the UniteBoston Celebration of Worship gathering in August. Well, CB Entertainment is hosting this exciting event at Sonia headlined by Caleb McCoy and Jalen Williams performing with The OAK band. Also hitting the stage will be Ada Betsabe, a Latina Songwriter and Hip Hop artist, and S.O., a Nigerian Christian Hip Hop musician. This creative night of Christian Hip Hop, R&B and Worship takes place on Oct 26th in Cambridge MA.

Admission is $15 in advance and $20 at the door. More special guests to be announced…get your tickets today!

Wow!! Christmas season is fast approaching – what an amazing year its been.

Join us for a Heart Of Worship Concert (John 4:24) organized by Sound From Heaven – Qodesh Family Church Boston. It’s going to be an amazing moment in the presence and move of the Holy Ghost in Sounds from Heaven (Acts 2:2) and with a pure heart of worship.

Tell someone, come as a family, or come as a couple – Discover the young ministers the Holy Ghost is raising in MA.

Join us for a night with 6X GRAMMY-Award winning artist Amy Grant to benefit Hope for the Children of Haiti (HFC) with special guest Dan Russell!

ABOUT AMY GRANT
Amy Grant’s career spans more than 30 years and stretches from her roots in gospel into her experience as an iconic pop star, songwriter, television personality and philanthropist. Grant is beloved for both her Contemporary Christian music and mainstream hits like “Baby Baby,” “Every Heartbeat,” “That’s What Love is For,” “I Will Remember You,” “Lead Me On,” “El Shaddai,” and more. With three multi-platinum albums, six platinum albums and four gold albums, her total career album sales have exceeded 30 million. Grant’s radio chart success has been consistent throughout her career with six No. 1 hits, 10 Top 40 pop singles, 17 Top 40 Adult Contemporary tracks and multiple contemporary Christian chart-toppers. In addition to her six GRAMMY® Awards, Grant has earned 26 GMA Dove Awards (including four Artist of the Year awards), was inducted into the Gospel Music Hall of Fame and has been awarded a star on the Hollywood Walk of Fame. 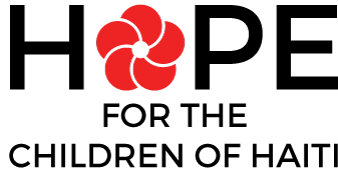 ABOUT HFC
Hope for the Children of Haiti, Inc. (HFC) operates a children’s home for over 90 orphans and vulnerable children in Bolosse, one of the most impoverished sections of Port-au-Prince.
In addition, the Marion G. Austin School provides K to 13th grade education for children with the home as well as over 400 children in the Bolosse neighborhood. HFC also provides a robust feeding program to the community to promote healthy nutrition and prevent hunger. Read more at hfchaiti.org 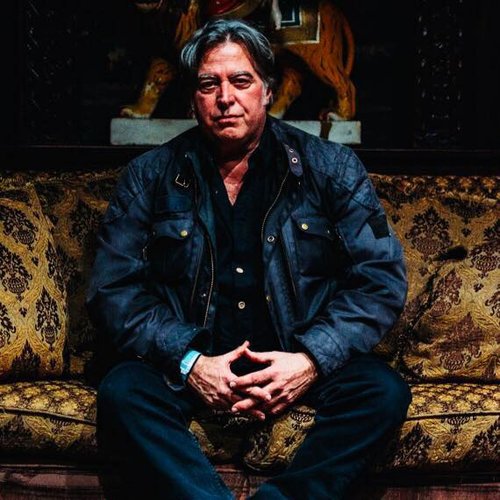 ABOUT DAN RUSSELL
Dan Russell: the artist manager and advocate, concert promoter, producer, creative collaborator, video and film music supervisor; has helped launch a thousand ships (well, maybe just a few hundred!) throughout his lengthy resume. As the critical aide-de-camp to dozens of aspiring artists and proven superheroes, it seems he’s always been in demand through a voluminous 35-year professional career. Is it because he sensed the needs of his ‘client’ and ‘the project’ with such zeal and focus that his friendship and trust inevitably elevated what could have been a mere business liaison? Russell’s reputation in music circles is one of a man willing to stand unwavering in the gap. Working with a small band including his son Jesse, producer and guitarist Michael J. Pritzl, plus Rachel Taylor and Ramona Silver on backing vocals; Russell approached the sessions for his first solo album, Feel the Echoes, as a rare gift of time given to himself. “Life is a sacred adventure, a journey, and it was my time to do this,” he relates. “People who are sixty have, like, 12 records out; I’ve got one! We’ll give you the senior discount for the duration!”

Since their acclaimed national debut, Over and Underneath, Tenth Avenue North’s career has been built one hit song at a time thanks to radio favorites like “Love Is Here,” “Hold My Heart,” “By Your Side,” “You Are More” and “Worn,” among others. The band has garnered multiple Dove Awards and has gone on to amass more than 1.7 million in total consumption. No Shame is the follow-up to 2016’s Followers, which birthed two massive hits: “I Have This Hope” and the multi-week No. 1 smash “Control (Somehow You Want Me).”  Tenth Avenue North is Mike Donehey (lead vocals, guitar), Jeff Owen (guitar, vocals) and Ruben Juarez (bass, vocals).For more information, visit www.TenthAvenueNorth.com.

ABOUT AUSTIN FRENCH
Growing up in small town, Cordele, Ga., Austin French dreamed of sharing his faith and passion for Jesus through music at a young age. Being surrounded by a musical family inspired his passion for writing music. As he began to develop his gifts he formed bands learning to take his music to stages and churches. After becoming the worship pastor at Journey Church, in Tifton, Ga., French met his wife, Joscelyn. While serving there, French was featured on the first season of the ABC TV show “Rising Star,” where he finished as runner-up. After the show, Austin and his wife moved to Florida, and then to Nashville, Tenn., in 2017 where French began his journey into the CCM industry, signing with Fair Trade Services. After moving to Nashville, French and his wife adopted their son, and while in the process, gave birth to their second little boy. French’s debut album, Wide Open is available now. For more information, visit www.austinfrenchmusic.com.

Mike Doneheyis the lead singer, songwriter, and guitarist for the Christian contemporary band Tenth Avenue North, whose new album No Shamereleased Aug. 2. Since 2000, he has been sharing the truth of the gospel in front of millions of people through song and speaking. His transparent writing has attracted a diverse audience to his blog posts. Social media commentary, and teaching based on Tenth Avenue North songs. Donehey, his wife, Kelly, and their four daughters live in Nashville, Tennessee. For more information, visit www.tenthavenuenorth.com/mikes-book.

Founded in 1952, Compassion International is a Christian child development organization that works to release children from poverty in Jesus’ name. Compassion revolutionized the fight against global poverty by working exclusively with the Church to lift children out of spiritual, economic, social and physical poverty. Compassion partners with more than 6,700 churches in 25 countries to deliver its holistic child development program to over 1.8 million babies, children and young adults. It is the only child sponsorship program to be validated through independent, empirical research. For more information, visit www.compassion.com.